On Thursday, January 19th, we're hosting a talk by Daniel Whitenack, Lead Developer Advocate at Pachyderm, in Chicago. He'll discuss Distributed Analysis of the 2016 Chess Championship, pulling from his recent analysis of the games. 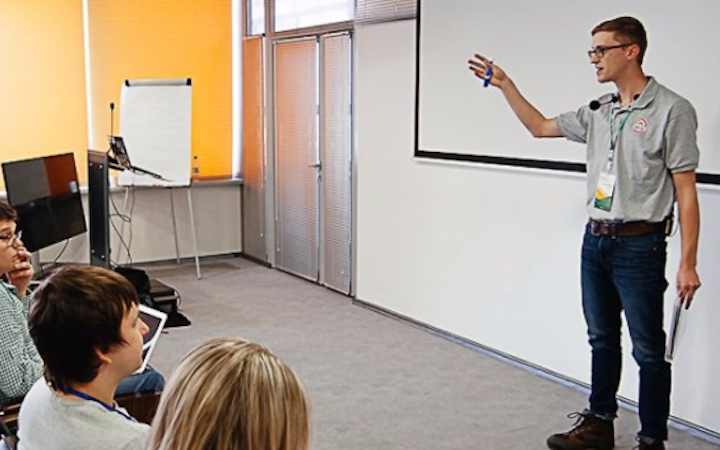 In short, the analysis involved a multi-language data pipeline that attempted to learn:

You can read more details about the analysis here, and, if you're in the Chicago area, be sure to attend his talk, where he'll present an expanded version of the analysis.

We had the chance for a brief Q&A session with Daniel recently. Read on to learn about his transition from academia to data science, his focus on effectively communicating data science results, and his ongoing work with Pachyderm.

Was the transition from academia to data science natural for you?
Not immediately. When I was doing research in academia, the only stories I heard about theoretical physicists going into industry were about algorithmic trading. There was something like an urban myth amongst the grad students that you could make a fortune in finance, but I didn’t really hear anything about “data science.”

What challenges did the transition present?
Based on my lack of exposure to relevant opportunities in industry, I basically just tried to find anyone that would hire me. I ended up doing some work for an IP firm for a while. This is where I started working with “data scientists” and learning about what they were doing. However, I still didn’t fully make the connection that my background was extremely relevant to the field.

The jargon was a little weird for me, and I was used to thinking about electrons, not users. Eventually, I started to pick up on the hints. For example, I figured out that these fancy “regressions” that they were referring to were just ordinary least squares fits (or similar), which I had done a million times. In other cases, I found out that the probability distributions and statistics I used to describe atoms and molecules were being used in industry to detect fraud or run tests on users. Once I made these connections, I started actively pursuing a data science position and honing in on the relevant positions.

What are you most excited by in your current role?
I’m a true believer in Pachyderm, and that makes every day exciting.  I’m not exaggerating when I say that Pachyderm has the potential to fundamentally change the data science landscape. In my opinion, data science without data versioning and provenance is like software engineering before git.  Further, I believe that making distributed data analysis language agnostic and portable (which is one of the things Pachyderm does) will bring harmony between data scientists and engineers while, at the same time, giving data scientists autonomy and flexibility. Plus Pachyderm is open source. Basically, I’m living the dream of getting paid to work on an open source project that I’m truly passionate about. What could be better!?

How important would you say it is to be able to speak and write about data science work?
Something I learned very quickly during my first attempts at “data science” was: analyses that don’t result in intelligent decision making aren’t valuable in a business context. If the results you are producing don’t motivate people to make well-informed decisions, your results are just numbers. Motivating people to make well-informed decisions has almost everything to do with how you present data, results, and analyses and almost nothing to do with the actual results, confusion matrices, efficiency, etc. Even automated processes, like some fraud detection process, have to get buy-in from people to get put to place (hopefully). Thus, well communicated and visualized data science workflows are essential. That’s not to say that you should abandon all efforts to produce good results, but maybe that day you spent getting 0.001% better accuracy could have been better spent improving your presentation. 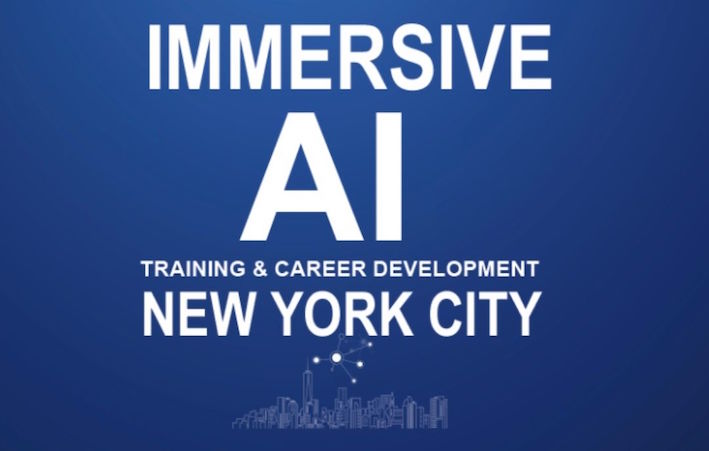 On Friday and Saturday (June 28-29) in NYC, Open Data Science Conference (ODSC) is hosting a two-day event called Immersive AI Training and Career Development, at which three of our Sr. Data Scientists will give talks and/or host workshops (+ one of our bootcamp graduates who now teaches our Beginner Python & Math course!) In this post, get more info on each. 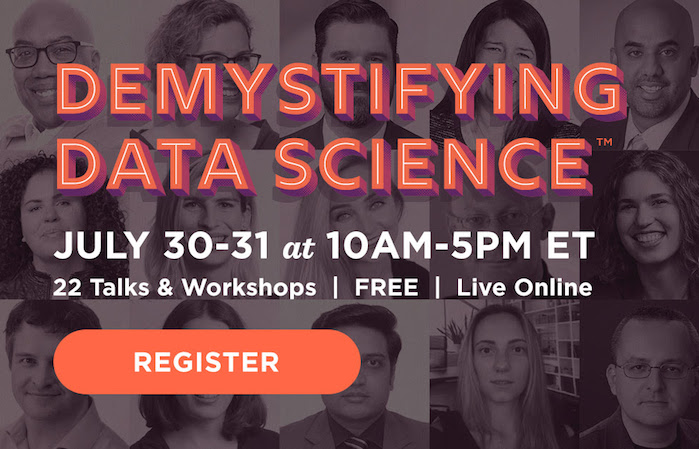 On the second day of our upcoming Demystifying Data Science live online conference, hear 8 talks + 3 interactive workshops, all designed for Business Leaders, Managers, and Practitioners to learn best practices to successfully integrate data science into an organization. In this post, check out a preview of just some of what's to come on Day 2, and start planning so you can take it all in. 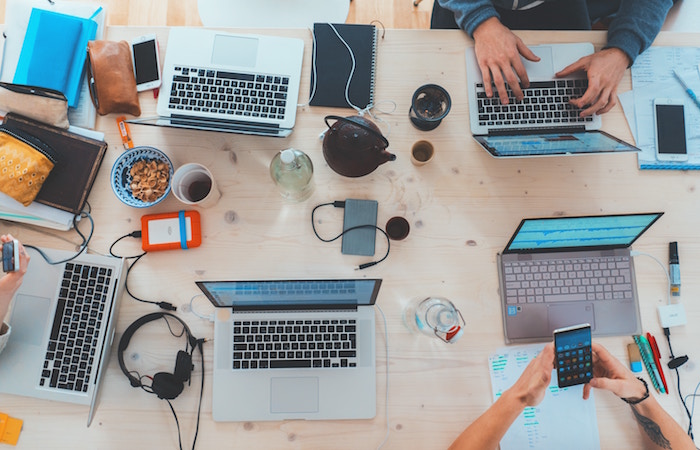 What Data Professionals Can Expect at Hackathons

Data scientists and other data professionals have been playing an increasingly important role at hackathons in recent years. Find out why and learn what to expect if you're attending your first hackathon.