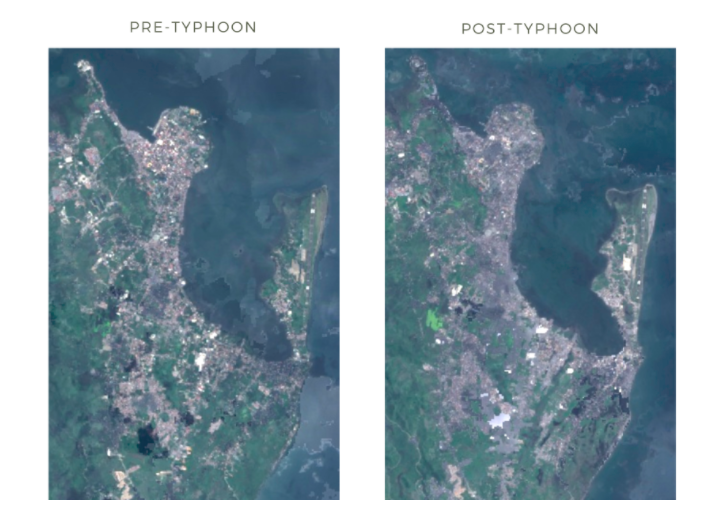 Recent news has been dominated by coverage of a wide range of troubling natural disasters, coupled with both praise and criticism for the various responses to all the damage and suffering. It's timely then, that recent Metis graduate Emily Miller's final project, Targeting Disaster Relief from Space, focused on how data science can improve response accuracy in the event of a natural disaster.

To accomplish her project goal, she used a dataset on Typhoon Haiyan, which occurred in the Philippines in 2013, focusing on the importance of understanding which specific areas suffer the most damage after a storm in order to prioritize relief efforts. The system used now often relies on volunteers inputting information into a map that compares satellite imagery before and after a given disaster. This is time intensive and not always accurate.

Of her project, she writes, "My goal was to create a model that could more quickly and more accurately identify the hardest hit areas in order to better target disaster relief. Using satellite imagery before and after Typhoon Haiyan in the Philippines, I built a neural network to detect damaged buildings. Using the predictions from the model, I then created density maps of damage, illustrating priority areas for relief efforts."

So how'd the project go? What were the outcomes? How can the results be applied to real life situations? Read all about it on her blog here.

Recent graduate Daniel Licht also did his final project on a topic related to natural disaster relief. He focused on Flood Water Detection, specifically looking into the flooding that happened in Houston as a result of Hurricane Harvey.

His goal was to build a model that, once trained, could quickly examine satellite imagery of an area, and create a 'mask' to label each pixel as either flooded or not. In a blog post about the project, he noted that in order to be useful, the model would need to be able to predict over a wide area so it could generate the type of large-scale flood extent maps that would be useful to disaster response or recovery efforts.

Did it work? Visit Daniel's blog here to find out more about his process and results. You can also see his project slides here.
_____

Want to learn more about the data science bootcamp? Check it out!