Made at Metis: Fighting Gerrymandering and Fighting Biased Algorithms

In this month's edition of the Made at Metis blog series, we're highlighting two recent student projects that focus on the act of (non-physical) fighting. One aims to use data science to fight the problematic political practice of gerrymandering and another works to fight the biased algorithms that attempt to predict crime.

Gerrymandering is something United States politicians have used since this country's inception. It's the practice of establishing a political advantage for a particular party or group by manipulating district boundaries, and it's an issue that's routinely in the news (Google it now for proof!). Recent Metis graduate Joseph Gambino decided to explore the endlessly relevant topic in his final project, Fighting Gerrymandering: Using Data Science to Draw Fairer Congressional Districts.

"The challenge with drawing an optimally fair map...is that reasonable people disagree about what makes a map fair. Some believe that a map with perfectly rectangular districts is the most common sense approach. Others want maps optimized for electoral competitiveness – gerrymandered for the opposite effect. Many people want maps that take racial diversity into account," he writes in a blog post about the project.

But instead of trying to settle that large debate once and for all, Gambino took another approach. "...my goal was to build a tool that would let anyone optimize a map on whatever they think most important. An independent redistricting committee that only cared about compactness could use this tool to draw perfectly compact districts. If they wanted to ensure competitive elections, they could optimize for a low-efficiency gap. Or they could rank the importance of each metric and optimize with weighted preferences."

How did he make this happen? Find out here. 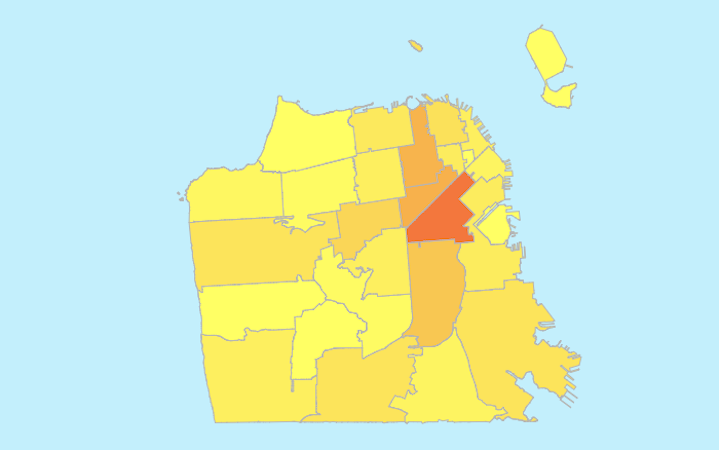 As a social scientist and philosopher by training, Metis graduate Orlando Torres is fascinated by the intersection of technology and morality. As he puts it, "when new technologies emerge, our ethics and laws normally take some time to adjust." For his final project, he wanted to show the potential ethical conflicts created by new algorithms.

"In every conceivable field, algorithms are being used to filter people. In many cases, the algorithms are obscure, unchallenged, and self-perpetuating," he writes in a blog post about the project. "They are unfair by design: they are our biases turned into code and let loose. Worst of all, they create feedback loops that reinforce said models."

Because this is an area he believes too many data scientists don't consider or explore, he wanted to dive right in. He created a predictive policing model to determine where crime is more likely to occur in San Francisco, attempting to show "how easy it is to create such a model, and why it can be so dangerous. Models like these are being adopted by police agencies all over the United States. Given the implicit racial bias found in all human beings, and given how people of color are already twice as likely to be killed by police, this is a scary trend."

Read about his project to understand how machine learning can make these problems worse.